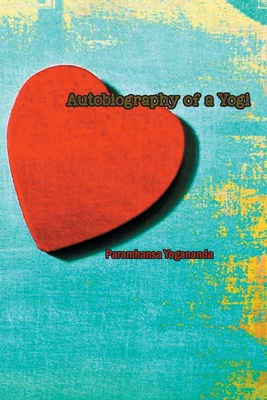 The value of Yogananda's Autobiography is greatly enhanced by the fact that it is one of the few books in English about the wise men of India which has been written, not by a journalist or foreigner, but by one of their own race and training--in short, a book about yogis by a yogi. As an eyewitness recountal of the extraordinary lives and powers of modern Hindu saints, the book has importance both timely and timeless. To its illustrious author, whom I have had the pleasure of knowing both in India and America, may every reader render due appreciation and gratitude. His unusual life-document is certainly one of the most revealing of the depths of the Hindu mind and heart, and of the spiritual wealth of India, ever to be published in the West.

It has been my privilege to have met one of the sages whose life- history is herein narrated-Sri Yukteswar Giri. A likeness of the venerable saint appeared as part of the frontispiece of my Tibetan Yoga and Secret Doctrines. It was at Puri, in Orissa, on the Bay of Bengal, that I encountered Sri Yukteswar. He was then the head of a quiet ashrama near the seashore there, and was chiefly occupied in the spiritual training of a group of youthful disciples. He expressed keen interest in the welfare of the people of the United States and of all the Americas, and of England, too, and questioned me concerning the distant activities, particularly those in California, of his chief disciple, Paramhansa Yogananda, whom he dearly loved, and whom he had sent, in 1920, as his emissary to the West.

Sri Yukteswar was of gentle mien and voice, of pleasing presence, and worthy of the veneration which his followers spontaneously accorded to him. Every person who knew him, whether of his own community or not, held him in the highest esteem. I vividly recall his tall, straight, ascetic figure, garbed in the saffron-colored garb of one who has renounced worldly quests, as he stood at the entrance of the hermitage to give me welcome. His hair was long and somewhat curly, and his face bearded. His body was muscularly firm, but slender and well-formed, and his step energetic. He had chosen as his place of earthly abode the holy city of Puri, whither multitudes of pious Hindus, representative of every province of India, come daily on pilgrimage to the famed Temple of Jagannath, "Lord of the World." It was at Puri that Sri Yukteswar closed his mortal eyes, in 1936, to the scenes of this transitory state of being and passed on, knowing that his incarnation had been carried to a triumphant completion. I am glad, indeed, to be able to record this testimony to the high character and holiness of Sri Yukteswar. Content to remain afar from the multitude, he gave himself unreservedly and in tranquillity to that ideal life which Paramhansa Yogananda, his disciple, has now described for the ages.