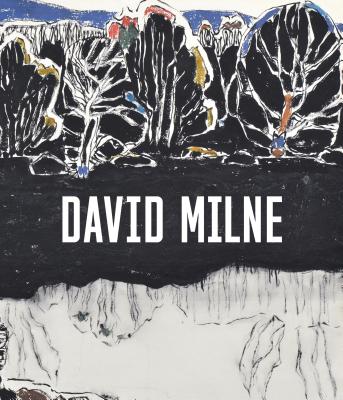 This beautifully illustrated book documents the life and work of David Milne (1882-1953), one of Canada's greatest modern painters whose vast body of work shows him to be an artist of true originality and vision. Like the members of the Group of Seven, Milne primarily chose landscape as his subject matter. However, his true subject was the process of perception and representation, reducing his painting to its essentials and infusing it with his own distinctive modern sensibility. The book presents an account of one man's spiritual and emotional voyage into modernity - from the bustling sidewalks of New York to the war-torn landscapes of northern France and back to rural Canada. With more than one hundred works in oil and watercolour, this publication provides an appreciation of one of Canada's most sophisticated modern painters.

Sarah Milroy is the former editor and publisher of Canadian Art magazine and a co-founder of the Canadian Art Foundation. From 2001 to 2010, she served as chief art critic of the Globe and Mail. Sarah co-curated From the Forest to the Sea: Emily Carr in British Columbia with Ian AC Dejardin in 2015.
Ian A.C. Dejardin is Executive Director of the McMichael Canadian Art Collection. He has previously curated the Painting Canada series: Tom Thomson and the Group of Seven (2011) and From the Forest to the Sea (2015) with Sarah Milroy.