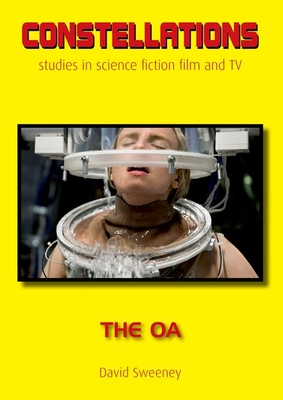 Created by the team of Brit Marling and Zal Batmanglij, and starring Marling in the role of Prairie Johnston, the Netflix Originals series The OA (2016-19) is a generically ambiguous vehicle for exploring a variety of themes, chief among them identity, belief and the nature and construction of
reality. Prairie claims that she has learned the secret of inter-dimensional travel after a near-death experience and subsequent imprisonment at the hands of a deranged scientist obsessed with that phenomenon - but is she a potentially unreliable narrator, a sincere one or, finally, a metafictional
character playing a version of herself in a fictional drama? This Constellation discusses The OA's thematic concerns in the context of the creators' earlier collaborations and in terms of influences on it, such as the work of David Lynch, particularly the TV series Twin Peaks (1990-2017) and the films Mulholland Drive (2001) and Inland Empire (2006), and
comparable texts such as the Netflix Originals series Sense8 (2015-18) and Maniac (2018); the writings of Jorge Luis Borges and Philip K Dick. The discussion will be supported by sources from the fields of media and social theory, including the work of Jean Baudrillard, Steven Shaviro, Jodi Dean,
Mark Fisher and Shoshana Zuboff. Negative criticisms of The OA will also be addressed, such as accusations of superficiality, which will be considered alongside the themes of deception, manipulation and artificiality identifiable in The OA specifically, and in Marling and Batmanglij's wider oeuvre.

Dr David Sweeney is a lecturer in The Glasgow School of Art's department of Design History and Theory where he specialises in popular culture. His particular interests include science fiction and horror texts.