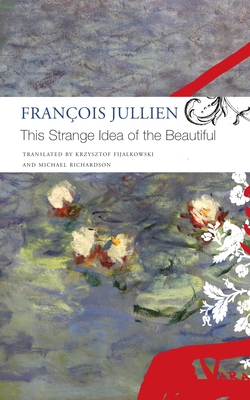 An exploration of what it means when we say something is beautiful.

Bringing together ideas of beauty from both Eastern and Western philosophy, François Jullien challenges the assumptions underlying our commonly agreed-upon definition of what is beautiful and offers a new way of beholding art. Jullien argues that the Western concept of beauty was established by Greek philosophy and became consequently embedded within the very structure of European languages. And due to its relationship to language, this concept has determined ways of thinking about beauty that often go unnoticed or unchecked in discussions of Western aesthetics. Moreover, through globalization, Western ideals of beauty have even spread to cultures whose ancient traditions are based upon radically different aesthetic foundations; yet, these cultures have adopted such views without question and without recognizing the cultural assumptions they contain.

Looking specifically at how Chinese texts have been translated into Western languages, Jullien reveals how the traditional Chinese refusal to isolate or abstract beauty is obscured in translation in order to make the works more understandable to Western readers. Creating an engaging dialogue between Chinese and Western ideas, Jullien reassesses the essence of beauty.

Krzysztof Fijalowski is a senior lecturer in critical studies at the Norwich University of the Arts.

Michael Richardson is a writer and translator.