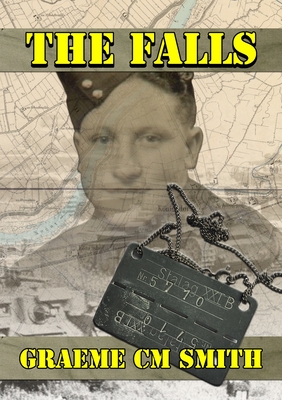 In the early hours of the morning of June 3rd 1949, General Harold Alexander was alongside the quay at Dunkirk as he lifted a megaphone and called "Is anyone there? Is anyone there?" There was no reply. He had directed the evacuation and was the last to leave Dunkirk.The very next day Churchill stood at the dispatch and gave his "We Shall Fight Them on The Beaches" speech.Tradition tells us that the dramatic events of the evacuation of Dunkirk, in which 300,000 BEF servicemen escaped the Nazis, was a victory gained from the jaws of defeat. Rather than telling the tale of those who escaped, Peter Smith reveals a story of those sacrificed in the rear-guard battles.For us the Battle for France was not over. In Jun-1940 there were still 41,000 British soldiers fighting the Germans alongside their French allies. Mounting a vigorous counterattack at Abbeville and then conducting a tough defence between the Somme front and the Seine, Peter was fighting a very uncertain battle for mere survival for an even more uncertain future.Peter Smith tells his own story and captures the drama of those military operations and subsequent capture by Rommel's 7th Panzer Division (the infamous 'Ghost Division') who moved with clandestine stealth towards their objectives.Nothing prepares a man for war and there can be little doubt, Peter was not prepared, even less so for a life as a POW. "I lost my freedom that day on the June 8th 1940 when we were told it was every man-for-himself and didn't regain it until April 1945 when I was rescued by Americans near Halberstadt, having walked 1,600km along the Baltic coast from East Prussia."Silent for nearly 80 years, Peter tells his story about his five lost years: the terrible things he saw at Thorn, Stuttoff, Stettin and Halberstadt; working on farms, Peter experienced first had the East Prussian way of life; his period in solitary confinement for 'stealing apple'; the disintegration and collapse of a whole way of life in East Prussia in the face of the Soviet invasion; and the terrible Long March, when 80,000 British POWs were forced to trek through a vicious winter westwards across Poland, alongside 2 million East German refugees as the Soviets approached."We were all prisoners, as POWs, and refugees alike embraced a dance with death in the coldest winter for 50 years as we all trudged west, and similarly the German Army as it battled to save its population."Peter's story is also about friendship, of physical and mental resilience and of compassion for everyone who suffered. It was a difficult march undertaken in unimaginable wintery arctic conditions, where lack of food, the cold, and death were constant companions.