(Just As Well) It's Not About The Bike: A Journey Across Southern Spain (Paperback) 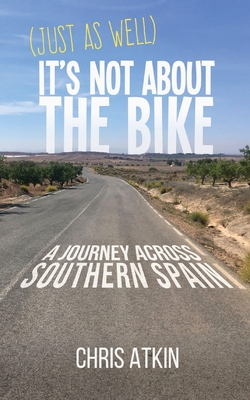 Discover the untold stories of one of the world's most popular coastlines.

Part sporting travelogue, part political history, (Just As Well) It's Not About The Bike follows journalist Chris Atkin's 1,300km cycle from Valencia to Gibraltar. En route, he travels through Spain's most picturesque towns. And Benidorm.

Along the way he learns about the region's history, from the time four hydrogen bombs fell over Spain, to the politician who shot General Franco's daughter in the bottom yet rose to become one of the country's most powerful men. While riding across Spain, Chris also meets an array of eccentric characters such as the man who lives in a cave and the Airbnb host who admitted strangling her previous guest.

People told him he was crazy to leave his job and his girlfriend behind to jump on the cheapest bike he could find. After a series of mishaps including one that almost sparked a mountain rescue mission, it would appear they were right.