Cross and Crescent in the Balkans: The Ottoman Conquest of Southeastern Europe (14th-15th Centuries) (Hardcover) 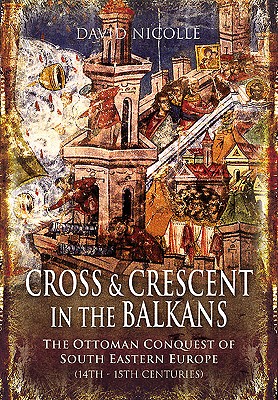 By David Nicolle
Unavailable. Orders will be auto-cancelled.

This is NOT just another retelling of the Fall of Constantinople, though it does include a very fine account of that momentous event. It is the history of a quite extraordinary century, one which began when a tiny of force of Ottoman Turkish warriors was invited by the Christian Byzantine Emperor to cross the Dardanelles from Asia into Europe to assist him in one of the civil wars which were tearing the fast-declining Byzantine Empire apart.

One hundred and eight years later the Byzantine capital of Constantinople fell to what was by then a hugely powerful and expanding empire of the Islamic Ottoman Turks, whose rulers came to see themselves as the natural and legitimate heirs of their Byzantine and indeed Roman predecessors. The book sets the scene, explains the background and tells the story, both military, political, cultural and personal, of the winners and the losers, plus those 'outsiders' who were increasingly being drawn into the dramatic story of the rise of the Ottoman Empire.