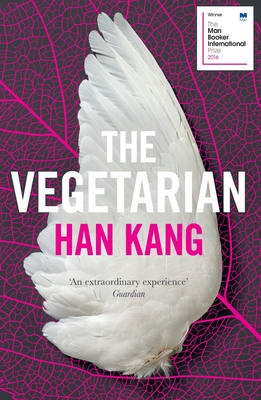 "It all started with the nightmare. In the midst of Kim Yeong-hye and her husband’s mediocre, middle-class marriage, the dream about blood and meat and carnage. To make the dream stop, Yeong-hye stops eating meat. Then all food. Eventually, she becomes more plant-like than animal to those around her. This book is about transformation: birthmarks bloom into flowers, trees alight with flames, arms stretch out into roots, a bird speaks with a mother’s voice, a piece of art transcends the piece itself to shatter several lives. Yeong-hye’s violent dreams are a product of a lifetime of internalized aggressions, microaggressions, and passive erasure. This book is about the violence that women hold onto inside themselves and the only way to let it go is to let go of the entire world. A reader might balk at Yeong-hye’s lack of voice throughout the story, considering that she is the subject. But for anyone who has watched someone make the decision to destroy themselves, we know that at a certain point, satisfying answers are never forthcoming. Recommended pairing with Young-ha Kim’s I Have The Right to Destroy Myself."

Yeong-hye and her husband are ordinary people. He is an office worker with moderate ambitions and mild manners; she is an uninspired but dutiful wife. The acceptable flatline of their marriage is interrupted when Yeong-hye, seeking a more 'plant-like' existence, decides to become a vegetarian, prompted by grotesque recurring nightmares. In South Korea, where vegetarianism is almost unheard-of and societal mores are strictly obeyed, Yeong-hye's decision is a shocking act of subversion. Her passive rebellion manifests in ever more bizarre and frightening forms, leading her bland husband to self-justified acts of sexual sadism. His cruelties drive her towards attempted suicide and hospitalisation. She unknowingly captivates her sister's husband, a video artist. She becomes the focus of his increasingly erotic and unhinged artworks, while spiralling further and further into her fantasies of abandoning her fleshly prison and becoming - impossibly, ecstatically - a tree. Fraught, disturbing and beautiful, The Vegetarian is a novel about modern day South Korea, but also a novel about shame, desire and our faltering attempts to understand others, from one imprisoned body to another.