Lie of the Land (Paperback) 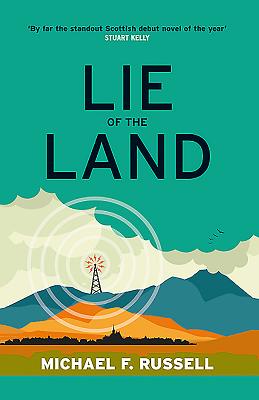 By Michael F. Russell
$13.95
Backordered. Place an order and we will let you know when to expect your book.

For investigative journalist Carl Shewan, the Scottish coastal village of Inverlair is a picturesque cage. Imprisoned in this remote refuge by a technological catastrophe for which he feels partly responsible, Carl struggles to adapt to impending fatherhood and to a harsh new existence in an ancient landscape, until a childless gamekeeper offers him an alternative to guilt and alienation. Set in the near future, Lie of the Land examines the claustrophobia of small-town life and questions how far the state will go to preserve an orderly society, one in which ubiquitous surveillance has reduced human life to a virtual experience.

Michael F. Russell grew up on the Isle of Barra before leaving to study Social Sciences at the University of Glasgow, followed by a postgraduate diploma in Journalism Studies at the University of Strathclyde. He is deputy editor at the West Highland Free Press and writes occasionally for the Sunday Herald. His writing has appeared in Gutter, Northwords Now and Fractured West.