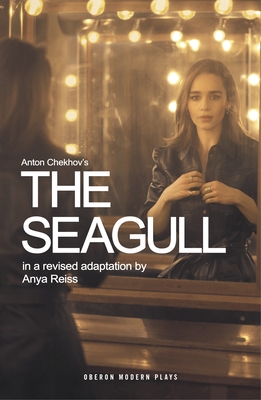 "We need the theatre, couldn't, couldn't do without it. Could we?"

A successful actress visits her brother's isolated estate far from the city, throwing the frustrated residents unfulfilled ambitions into sharp relief. As her son attempts to impress with a self-penned play, putting much more than his pride at stake, others dream of fame, love and the ability to change their past. Chekhov's darkly comic masterpiece is reignited for the 21st century by one of the most exciting new voices in British Theatre, Anya Reiss, Winner of the Most Promising Playwright at both the Evening Standard and Critics' Circle awards.

Anya Reiss wrote her first play when she was 14, as a member of the Royal Court Theatre's Young Wrtiers' Programme. Her debut play, Spur of the Moment (written when she was 17) opened at the Royal Court Theatre in 2010. Anya won the Most Promising Playwright Award at the 2010 Evening Standard Awards, Best New Play at the 2010 TMA Awards and Most Promising Playwright at the 2010 Critics' Circle Awards. He latest play, The Acid Test, opened at the Royal Court in May 2011 and received rave reviews. She also contributed to the Bush Theatre's Sixty Six Books in 2011 and the Old Vic's Children's Monologues in 2010. She has also written the play Forty Five Minutes for the 2013 National Theatre Connections.

"Anya Reiss dazzles us once again with a fresh, colloquial, sexy and downright perceptive new version of The Seagull that brings Chekhov's earliest major play recognisably close to home and up-to-date." —The Telegraph

"This is the first time that Reiss has attempted an adaptation of one of the classic writers and it is an assured beginning. Her witty, understated rendering captures perfectly the dark comedy of the various love triangles." —What's On Stage

"Now The Seagull has been Anglicised and pulled into the 21st century by award-laden wunderkind Anya Reiss." —The Independent

"Chekhov's tragicomedy transposed to the Isle of Man in the 21st century? It sounds like a Seagull that should get stuffed – but in fact it soars in this spritely new version by Anya Reiss, directed with the lightest of touches by Russell Bolam." —The Guardian