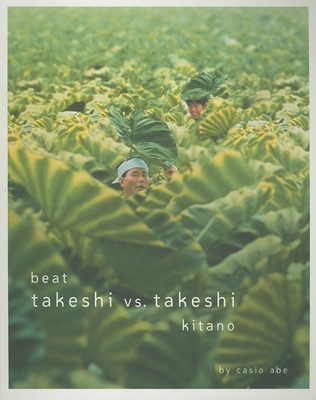 Called "the world's most original action auteur" by the Village Voice, Takeshi Kitano is already legendary in Japan, where he is known both for his inventive films and for his legendarily caustic alter ego, comedian Beat Takeshi. In the United States, his stylishly noir aesthetic has both influenced and been admired by such directors as Martin Scorcese and Quentin Tarantino. His emotionally intense yet lyrical films have won him worldwide acclaim and honors, including the Grand Prix for Hanabi Fireworks] at the Venice Film Festival. Now, the long-awaited Beat Takeshi vs. Takeshi Kitano offers a collection of essays on the internationally acclaimed film director by Casio Abe. Despite his impact on contemporary cinema, very little critical work on Kitano's films exists in the United States. Abe's book, originally published in Japan, combines a detailed look at Kitano's filmography with an incisive critique of the consumerist culture which Kitano's films play against. It is also purportedly Kitano's favorite book on his own work. This translation of Abe's writings on Kitano has been updated with articles that discuss Kitano's most recent releases, up to and including Dolls (2002), as well as extensive appendices and footnotes. Abe is one of Japan's preeminent cultural critics, and his book gives a rare and insightful look into the workings of one of the largest media cultures in the world. This will be the first book devoted exclusively to Kitano's work to be published in the United States. Beat Takeshi vs. Takeshi Kitano is the first volume in Kaya's Wicked Radiance series, which examines the work of a new wave of Asian filmmakers who are reshaping contemporary cinema.