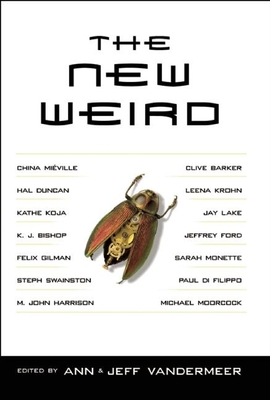 Descend into shadowy cities, grotesque rituals, chaotic festivals, and deadly cults. Plunge into terrifying domains, where bodies are remade into surreal monstrosities, where the desperate rage against brutal tyrants. Where everything is lethal and no one is innocent, where Peake began and Lovecraft left off--this is where you will find the New Weird. Edgy, urban fiction with a visceral immediacy, the New Weird has descended from classic fantasy and dime-store pulp novels, from horror and detective comics, from thrillers and noir. All grown-up, it emerges from the chrysalis of nostalgia as newly literate, shocking, and utterly innovative. Here is the very best of the New Weird from some of its greatest practitioners. This canonic anthology collects the original online debates first defining the New Weird and critical writings from international editors, culminating in a ground-breaking round-robin piece, "Festival Lives," which features some of the hottest new names in New Weird fiction.

Ann VanderMeer is the Hugo Award-winning editor of Weird Fiction Review. She was the fiction editor at Weird Tales and the publisher of Buzzcity Press, work for which received the British Fantasy, International Horror Guild, and Rhysling awards. An expert on Victoriana, she is the co-editor of the best-selling World Fantasy Award-nominated Steampunk series. Her other anthologies include the Best American Fantasy and Leviathan series, The Thackery T. Lambshead Pocket Guide to Eccentric & Discredited Diseases, The New Weird, and Last Drink, Bird Head. Jeff VanderMeer is the best-selling author of City of Saints and Madmen, the noir thriller Finch, and the quintessential guide to writers, Booklife. His award-winning novels have made the year's best lists at Publishers Weekly, the San Francisco Chronicle, and the Wall Street Journal. His nonfiction and reviews have appeared in Washington Post Book World, the Huffington Post, and the New York Times Book Review.