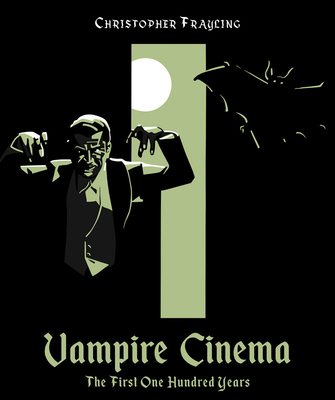 A century of classic vampire cinema--in posters, stills and artwork--from Murnau to True Blood and beyond

This visual feast celebrates classic vampire cinema--mainstream and niche--through the many colorful ways in which the key films have been marketed and consumed.
F.W. Murnau's haunting film Nosferatu had its premiere in Berlin in March 1922. Bram Stoker's widow, Florence, tried hard to sue the production company for breach of copyright but had to settle in the end for a court order to destroy all prints and negatives. The film kept resurrecting, though, and is now considered the first, and one of the greatest, of all vampire movies--the founder of a dynasty of prints of darkness.
The bloodline has spread from Nosferatu to Hollywood's Dracula and progeny (1931-48); from Hammer's Dracula/Horror of Dracula and sequels (1958-74) to versions of Sheridan Le Fanu's story "Carmilla" and other lesbian vampires (1970-2020); from the bestselling novels 'Salem's Lot and Interview with the Vampire to vampires who have shed their capes, hereditary titles and period trappings to become assorted smalltown oddballs, addicts, delinquents, psychopaths, rednecks, fashionistas, gay icons, comedians and even comic-book heroes (1975-2022).
This book is dripping with stills, posters, artworks, press books--many of which have not seen the light of day for a very long time--and is authored by cultural historian and connoisseur of the Gothic Christopher Frayling, who has been called "the Van Helsing de nos jours."
Christopher Frayling (born 1946) is a recognized authority on Gothic fiction and horror movies. His study Vampyres (1978, 1990, 2016) and his classic four-part television series Nightmare: The Birth of Horror (1996) have helped to move Gothic horror from margin to mainstream. He is the author of Frankenstein and Once upon a Time in the West.