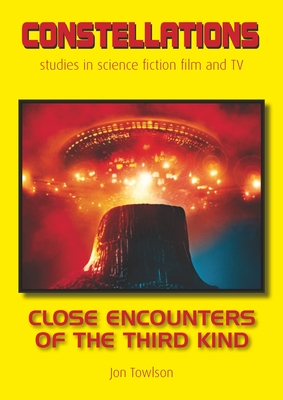 For many, Close Encounters of the Third Kind (CE3K) is not so much a movie as a religious experience. On its release in 1977, CE3K virtually redefined the science fiction film, shifting it away from spaceships, laser guns, and bug-eyed monsters into a modified form of science fiction that John Wyndham once called 'logical fantasy'. What would it be like if extra-terrestrials made contact with people on Earth? How would it feel? Like 2001: A Space Odyssey (1968), Steven Spielberg's primary inspiration, CE3K is concerned with mankind's evolution towards the stars, towards a state of transcendence. But Spielberg's vision hinges not so much on cool scientific intellect being the key to our next stage of evolution, as on the necessary development of emotional intelligence. To that end, we must regain our childlike curiosity for what lies beyond the skies, we must recover our capacity to experience wonder. Intensity of emotion is inherent to the film's meaning, and the aim of this book
is to explore this in detail. Along the way it delves into the film's production history, explores Spielberg's remarkable cinematic realization of the film (including a comparison study of the three different release versions), and considers in detail how CE3K fits into the Spielberg oeuvre.

Jon Towlson is the author of The Turn to Gruesomeness in American Horror Films, 1931-1936 (2016); Close Encounters of the Third Kind (Auteur, 2016); and the Rondo Hatton Classic Horror Award-nominated Subversive Horror Cinema: Countercultural Messages of Films from Frankenstein to the Present (2014).