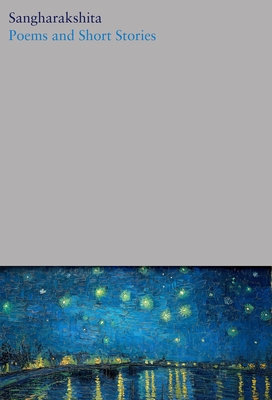 'It is its spiritual background which gives to Sangharakshita's poetry its depth and emotional appeal. It rests on the inner parallelism between the most fundamental human emotions and the highest experiences on the path of liberation and enlightenment, the relationship between love and wisdom, the individual and the universal, the moods of Nature and the moods of the human heart.' Lama Anagarika Govinda In his preface to the Complete Poems published in 1994 Sangharakshita wrote that his poems 'constitute a sort of spiritual autobiography, sketchy indeed, but perhaps revealing, or at least suggesting, aspects of my life that would not otherwise be known'. He wrote many more poems after that, and more from his early years have come to light. This volume contains all of them, offering a truly complete collection, and also includes six short stories, written over many years and some of them previously unpublished, also shedding new light on the imagination and perceptions of their author. The volume is prefaced by a foreword and two essays introducing the poems in different ways, and also contains edited versions of two talks Sangharakshita gave about specific poems, and a sequence of conversations about his poetry that were recorded towards the end of his life.