I Hear Her Words: An Introduction to Women in Buddhism (Paperback) 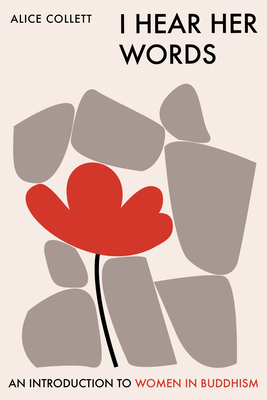 Is there gender equality in Buddhist traditions? What do Buddhist texts say about women? How have Buddhist women responded to misogyny? Collett is well placed to review both recent scholarship and original writing by and about women in Buddhism. She shows that core Buddhist doctrines provide no justification for the notion that women are inferior to men. But Buddhism was born and took root in societies that held traditional views of women, and social norms positioning women as inferior to men have found their way into Buddhist tradition. This book tells the stories of many inspiring Buddhist women who overcame attempted constraint to gain liberation and become esteemed teachers. Not only do we hear about them in this book, but we also hear from them in their own words. An ideal introduction to gender studies in Buddhism and the history of women in the tradition.

Alice Collett is an academic who specializes in women in Indian Buddhism. Her books include the edited volume Women in Early Indian Buddhism: Comparative Textual Studies (2013) and the monograph, Lives of Early Buddhist Nuns: Biographies as History (2016). She is currently working on her fifth book, entitled Women in Early Historic India: The Changing Political Landscape. She has worked at several universities around the world - in North America, Europe and Asia, and is currently Director of the South Asia History Project, United Kingdom.