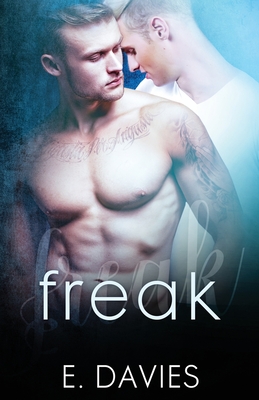 This is book number 2 in the F-Word series.

Five years ago, Zeph met River. The timing couldn't have been worse. An orphan with something to prove and the ghosts of his past breathing down his neck, Zeph took the offer from a pro MMA gym to live and train in the Midwest. River let him go easily. If it was a convenient excuse to escape emotional intimacy, neither of them had to admit it. Until now.

Drag queen and makeup artist River isn't easily fazed, but meeting Zeph on his home turf throws him for a loop. Something about Zeph still gets under his skin. And River's next job, a drag show in L.A. and Vegas, will require a security guy to look after the performers. Who better than a tattooed mixed martial artist who still gives him smoldering looks?

It doesn't take long for them to fall together. They're opposite as can be, but dating for ten days wasn't long enough the first time around. Another ten days could get it out of their systems... but are they fighting for or with each other? It's easy to get hard. It's hard to be easy. Vulnerability is off the table, until the table turns. How long do you have to have known a guy to put your life into his hands?

Freak is a standalone gay romance novel with a happily ever after ending.