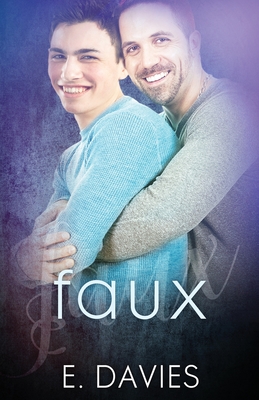 This is book number 3 in the F-Word series.

Growing up hanging out in his single mom's diner, Sam Grant suddenly inherited it two years ago--and guardianship of his younger brother. Now twenty, Sam can't convince himself he's worth dating. He's too fixated on routines and responsibilities, and he's only attracted to guys he already loves. Who would stick around that long?

Ten years older, Denver Weston's lived through it all already: forced to drop out of school, he moved in with boyfriend after boyfriend to survive. Starting Plus, a HIV charity, gave him a purpose. But Denver can't bring himself to have his heart broken over and over, so dating has been off the table. Love and acceptance don't just fall into a guy's lap, do they?

Denver's just the guy who always sits in the corner booth. Sam's just the kid who always seems to be working. A different breakfast order starts dominos falling. The moment their preconceptions of each other collapse, so do their carefully set-up plans. Can they give in to the attraction that's been slowly burning them up, or will uncharted territory make them turn tail and run?

Faux is a standalone gay romance novel with a happily ever after ending.