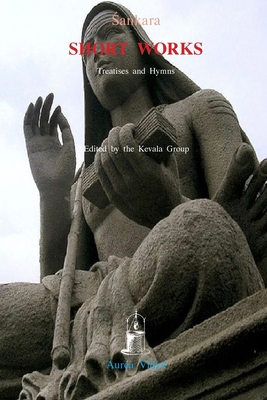 Śaṅkara is one of those great souls who - like Parmenides, Plato, Plotinus and others - appear on this planet from time to time, to propound Principles of a universal order and to act as precise and steadfast reference points. Śaṅkara dedicated his short but intense life (788-820) to the noble aim of revivifying the Vedic tradition in a time of confusion and crisis, and he achieved the greatest synthesis and harmonisation of the whole of Indian philosophical thought.

In presenting this book, Short Works, that include some of the many prakaraṇas (Treatises) and stotras (Hymns) composed by Śaṅkara or attributed to him, our decision was to let the verses speak for themselves. However, we have left those commentaries which present aspects of the Teaching that might be unknown to the readers who meet Śaṅkara for the first time. The Treatises explain, from a philosophical and metaphysical perspective, some of the expressions found in the Upaniṣads. A good example is the ātmabodha, a significant text which comprises the fundamental principles of Advaita (Non-duality) and constitutes an introduction for all who wish to comprehend this Teaching. In this work Śaṅkara shows how knowledge/vidyā of a metaphysical order is the means par excellence for freeing us from the ignorance/avidyā concerning the nature of Being.

Noteworthy is the 'Introduction' to Vākyavṛtti, in which are expounded, with a terminology appropriate to Western Philosophy, the principles of traditional Metaphysics, so as to provide a 'reading key' for understanding the essential teaching of Non-duality, the foundation of all Śaṅkara work.

The best-known Hymns in the collection include Śivo'ham, in which Śaṅkara, following the manner of the Sages of the Upaniṣads in using the form of negation (neti neti), points to one's identity with Śiva; Dakṣiṇāmūrti, in which Śiva, wearing the garments of a meditating young ascetic, transmits the teaching in silence; and Bhaja Govindam, which is one of the most celebrated lyric poems dedicated to Kṛṣṇa. But all the Works presented here are - in their philosophical content - beautiful and incisive.