The Beast of Boggy Creek: The True Story of the Fouke Monster (Paperback) 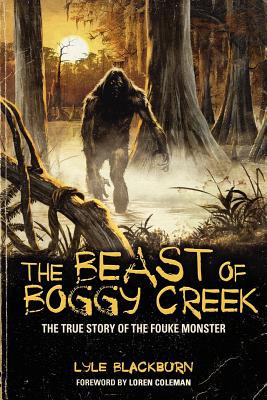 By Lyle Blackburn
$15.95
Out of Stock; Usually Arrives in 5-7 Days
(This book cannot be returned.)

For more than a century, reports of a strange beast known as the Fouke Monster have circulated among the locals in southern Arkansas. Described as a large, hairy man-like creature, it's said to haunt the vast Sulphur River Bottoms as it travels the secluded waterway known as Boggy Creek.

Over the years, the creature has been seen by numerous witnesses including respected citizens, experienced hunters, famous musicians, and even a police officer. The encounters were often so shocking, they served as inspiration for the classic horror film, "The Legend of Boggy Creek," by Charles B. Pierce.

Tales of the creature have long existed in scattered pieces across news clippings, memoirs, police reports, and movies, but it is only now that the complete history of the Fouke Monster has been assembled in one place. This book collects all the facts, theories, and amazing sighting reports, and weaves them into a fascinating tale about this undeniable southern mystery, one that lives on, as frightening encounters with the Beast of Boggy Creek are still being reported today