Dark Tongues: The Art of Rogues and Riddlers (Hardcover) 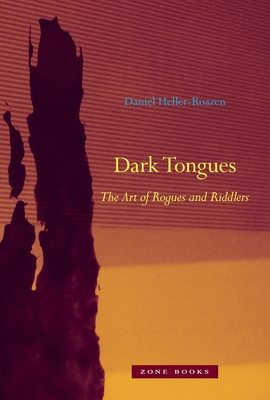 Dark Tongues constitutes a sustained exploration of a perplexing fact that has never received the attention it deserves. Wherever human beings share a language, they also strive to make from it something new: a cryptic idiom, built from the grammar that they know, which will allow them to communicate in secrecy. Such hidden languages come in many shapes. They may be playful or serious, children's games or adults' work. They may be as impenetrable as foreign tongues, or slightly different from the idioms from which they spring, or barely perceptible, their existence being the subject of uncertain, even unlikely, suppositions.

It was in the Renaissance that writers across Europe first noted that willfully obscure languages had come into use. A varied cast of characters -- lawyers, grammarians, and theologians -- denounced these new forms of speech, arguing that they were tools of crime, plotted in tongues that honest people could not understand. Before the emergence of these modern jargons, however, the artificial twisting of languages served a different purpose. In epochs and regions as diverse as archaic Greece and Rome and medieval Provence and Scandinavia, singers and scribes also invented opaque varieties of speech. They did so not to defraud, but to reveal and record a divine thing: the language of the gods, which poets and priests alone were said to master. Dark Tongues moves among these various artificial and hermetic tongues. From criminal jargons to sacred idioms, from Saussure's work on anagrams to Jakobson's theory of subliminal patterns in poetry, from the arcane arts of the Druids and Biblical copyists to the secret procedure that Tristan Tzara, founder of Dada, believed he had uncovered in Villon's songs and ballads, Dark Tongues explores the common crafts of rogues and riddlers, which play sound and sense against each other.

Daniel Heller-Roazen is the Arthur W. Marks '19 Professor of Comparative Literature and the Council of the Humanities at Princeton University. He is the author of Echolalias: On the Forgetting of Language; The Inner Touch: Archaeology of a Sensation; The Enemy of All: Piracy and the Law of Nations; and The Fifth Hammer: Pythagoras and the Disharmony of the World, all published by Zone Books.