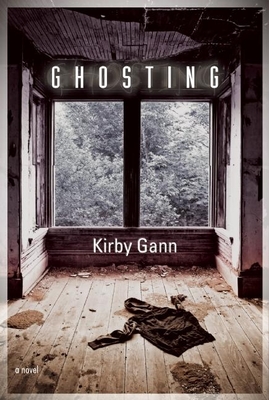 A dying drug kingpin enslaved to the memory of his dead wife; a young woman torn between a promising future and the hardscrabble world she grew up in; a mother willing to do anything to fuel her addiction to pills; and her youngest son, searching for the truth behind his older brother's disappearance, are just some of the unforgettable characters that populate Ghosting, Kirby Gann's lush and lyrical novel of family and community, and the ties that can both bond and betray. Fleece Skaggs has disappeared, along with drug dealer Lawrence Gruel's reefer harvest. Deciding that the best way to discover what happened to his older brother is to take his place as a drug runner for Gruel, James Cole plunges into a dark underworld of drugs, violence, and long hidden family secrets, where discovering what happened to his brother could cost him his life. A genre-subverting literary mystery told from the alternating viewpoint of different characters, Ghosting is both a simple quest for the truth--what exactly happened to Fleece Skaggs?--and a complex consideration of human frailty.

Kirby Gann is the author of the novels The Barbarian Parade (Hill Street Press, 2004) and Our Napoleon in Rags (Ig Publishing, April 2005). He is also co-editor (with poet Kristin Herbert) of the anthology A Fine Excess: Contemporary Literature at Play, which was a finalist for the ForeWord Magazine Book of the Year Award (Anthologies). His short fiction has appeared in Witness and The Best of Witness, The Crescent Review, American Writing, The Louisville Review, The Southeast Review, and The Southern Indiana Review, among other journals. He is the recipient of an Individual Artist Fellowship and two Professional Assistance Awards from the Kentucky Arts Council, and an Honorable Mention in The Pushcart Prize Anthology. Gann is Managing Editor at Sarabande Books, and teaches in the brief-residency MFA in Writing Program at Spalding University.

Unfolding with unflinching clarity and moral inevitability, this is a tale of love and loyalty, family and duty, naïveté and duplicity, played out on an amoral landscape of drugs and violence...Hillbilly noir as literary fiction of the first order.”Kirkus Reviews

the characters are fully realizedrooted in the land and veined with bad bloodand their motivations are complex and believable. Violent, bloody, and darkly beautiful, this is a fascinating novel depicting the seedy bottom of an America in decline.”Publisher's Weekly (starred review)

In Ghosting, Kirby Gann has created an utterly compelling ode to the fearsome and contradictory desires of his unforgettable characters. Writing in brilliantly sustained licks of prose, Gann gives us flesh-and-blood human beings who cannot escape what they cannot help wanting. Their fate is true, the ride beautiful and dark.”
John Burham Schwartz ,author of Reservation Road and Northwest Corner

With a plot as full of twists and turns as an ancient Greek tragedy, Kirby Gann’s Ghosting is one of the most beautifully worded and superbly crafted novels about the fateful consequences of being caught up in the criminal life that I have ever read.And I’m speaking truth.”
Donald Ray Pollock, author of The Devil All the Time and Knockemstiff

What a richly imagined world Kirby Gann has wrought in Ghosting. A frightful world of drug running and addiction, but beneath that a story of family and the desire for safety and peace. This novel is full of grit and the yearnings of the human heart. Its carefully drawn characters latched onto me and wouldn’t let me go.”
Lee Martin, author of Break the Skin and The Bright Forever

Combining grit and poetry, deep feeling and an unsentimental gaze, Kirby Gann has written a novel as intimate as the stifling locale where it’s set and as expansive as the minds and voices of the people ensnared there. Ghosting is dark, funny, unexpected, and populated with characters we immediately recognize even as they avoid cliché.”Christopher Sorrentino, author of Trance and Sound on Sound