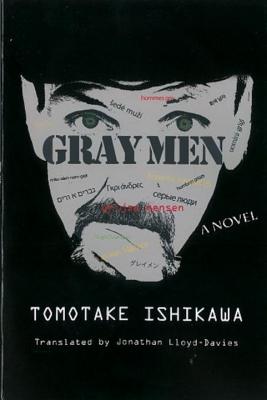 By Tomotake Ishikawa
$14.95
It's complicated, and may be unavailable. Place an order and we will contact you with the expected arrival date.

Winner of the 2011 Golden Elephant Award for International Genre Fiction.

A young staffer at a jewelry store in Tokyo's posh Ginza district wants to take his own life. No longer able to bear the intense workplace bullying that besets him in the wake of an unjust costumer complaint. As Ryotaro looks for a place to die, he is accosted by a mysterious figure dressed head-to-toe in gray who purports to be able to identify those who are contemplating suicide. When the youth is saved from himself, he has no idea that the elegant robbery in broad daylight for which he is being recruited is no more than the middle act of a rebellion against the ONE PERCENT!

A vendetta for the times of Anonymous, The Occupy Movement, and the Arab Spring, Ishikawa's Gray Men hints at how darkly skeptical a materially based nation from the Far East has become of its very social fabric and economic structure. With its share of heists, hideaways and heinous villains, this award-winning novel is bound to remind readers who fondly recall tramping after the Count of Monte Cristo and Maurice Lebalnc's Arsene Lupin that the old-school is often new.

Born in 1985 in Japan's Kanagawa Prefecture, by day Tomotake Ishikawa is a gainfully employed salaryman (office worker). In his spare time, including on his commute, he writes. When Gray Men won the Grand Prize for the second annual Golden Elephant Award he finally became a published author.

He cites among his influences the master storytellers of yore such as Alexandre Dumas.