Spirit of the Indian Warrior (Paperback) 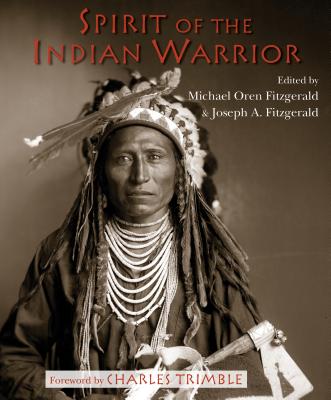 Richly illustrated with historical photographs and paintings, Spirit of the Indian Warrior presents the thoughts of some of history's greatest warriors and tribal leaders. It offers an intimate window into the cultural values of courage, loyalty, and generosity. When the first Europeans landed in North America, its native peoples faced a challenge unlike any before. Many warriors and chiefs vowed, like Tecumseh, "to resist as long as I live and breathe." Some eventually accepted treaties of peace, but they soon found, like Chief Joseph, that these were worth little: "What treaty that the whites have kept has the red man broken? Not one. What treaty that the whites ever made with us red men have they kept? Not one." Hope for the future, however, remains strong among their proud descendants. And the words of the Indian warrior live on and inspire the people of America's First Nations, as well as people across the world.

Michael Oren Fitzgerald is the author and editor of more than fifteen books that have received some two dozen awards, including the ForeWord Book of the Year Award, the Ben Franklin Award, and the USA Best Books Award. His prize-winning publications include Indian Spirit, The Spirit of Indian Women, and Living in Two Worlds. Michael lives with his wife in Bloomington, Indiana. Joseph A. Fitzgerald studied Comparative Religion at Indiana University, where he also earned a Doctor of Jurisprudence degree. A recipient of the Ben Franklin Award and numerous other awards, Joseph has edited eleven books on world religion, culture, and philosophy. His works include The Cheyenne Indians, World of the Teton Sioux Indians, and Spirit of the Earth. He lives with his wife and daughters in Bloomington, Indiana. Charles Trimble is the former Executive Director of the National Congress of American Indians and principal founder of the American Indian Press Association. He is an enrolled member of the Oglala Sioux Tribe and was inducted into the South Dakota Hall of Fame in 2013. The author of Iyeska, he is now retired and lives in Omaha, Nebraska.