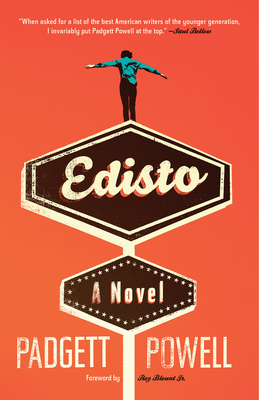 Simons Manigault (“You say it ‘Simmons.’ I’m a rare one–m Simons”) lives with his mother, an eccentric professor known locally as the Duchess, who is convinced her twelve–year–old son can become a writer of genius. She has immersed Simons in the literary classics since birth and has given him free rein to gather material in such spots as a nightclub called Marvin’s R.O. Sweet Shop and Baby Grand.

At the center of Simons’s life on Edisto is an enigmatic character who tutors the boy in the art of watching the world without presumption. “Taurus,” as he is dubbed by Simons, acts as a father surrogate as well, taking his precocious young charge in stride. He leads him to, among other discoveries, his first prizefight, date, and hangover.

The way Simons sees the world will change radically when he leaves his ad–lib life among the denizens of Edisto for the private schools and tennis tournaments of Hilton Head, South Carolina—the territory of his father, “The Progenitor.” Using the combination of a child’s run–on phrasing and the vigorous prose and deft comic touches of a writer who is sure of every step, Padgett Powell established himself as a vivid new American writer.

Padgett Powell is the author of six novels, including The Interrogative Mood and Edisto, which was a finalist for the National Book Award, and three collections of stories. His writing has appeared in The New Yorker , Harper’s , and The Paris Review , as well as in The Best American Short Stories and The Best American Sports Writing . He has received a Whiting Award, the Rome Fellowship in Literature from the American Academy of Arts and Letters, and the James Tait Black Memorial Prize. Powell lives in Gainesville, Florida.

Praise for EDISTO by Padgett Powell

"Edisto is a startling book, full of new sights, sounds, and ways of feeling. Mr. Powell weaves wonderful tapestries from ordinary speech; his people, black and white, whether speaking to each other or past each other, tell us things that we never heard before. The book is subtle, daring, and brilliant." —Donald Barthelme

"Edisto is a truly remarkable first novel, both as a narrative and in its extraordinary use of language. It reminds one of The Catcher in the Rye, but it’s better—sharper, funnier, more poignant." —Walker Percy

“Walker Percy is quoted on the novel’s dust jacket as saying that it ‘reminds one of The Catcher in the Rye, but it’s better—sharper, funnier, more poignant.’ For once, a dust jacket is right.” —Jonathan Yardley, The Washington Post Book World

“Edisto is distinctly a tour de force. . . . Some turn of phrase, some flash of humor, some freshly observed detail, some accurately rendered perception of a child’s pain or a child’s amazement transfigures nearly every page.” —Robert Towers, The New York Review of Books

“A remarkable book . . . There is not a line that simply slides by; each, in one way or another, turns things to a fresh and unexpected angle. There are splendid things said.” —Richard Eder, Los Angeles Times Book Review

“Powell creates a language that captures rhythms and reflections that are at once original and true.” —Peter S. Prescott, Newsweek

“When asked for a list of the best American writers of the younger generation, I invariably put the name of Padgett Powell at the top.” —Saul Bellow

"Rereading Edisto fifteen to twenty years later, I reacted exactly the same way: caught in the headlights and grateful for not being run over. Line for line, the best first novel I’ve ever read.” —Pete Dexter