Ancient Aliens & JFK: The Race to the Moon and the Kennedy Assassination (Paperback) 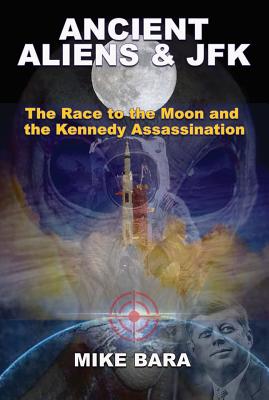 Mike Bara, space expert and author of Ancient Aliens on the Moon, takes a hard look at the Kennedy assassination and the race to the Moon. Bara will examine never-before-revealed clues to the real reasons behind the Kennedy assassination, the true objectives of the Apollo program and the shadow government hidden agendas that led to Kennedy's death in Dallas. Relying on never-before-seen documents culled from the recent Kennedy assassination papers document dump, Bara will show the secret connections between key assassination figures like Lee Harvey Oswald, Lyndon Johnson, and highly placed figures inside NASA who had reasons to want Kennedy dead. Bara also looks into the bizarre billion-dollar Treasury bonds that Japanese businessmen attempted to deposit in a Swiss bank which had photos of Kennedy and the Moon on them. Is the wealth of the Moon being used as collateral by the USA? The book will dig deeply into Kennedy's silent war with shadowy Deep State figures who were desperate to shut down his Disclosure agenda. Finally, Bara will examine the truth behind the Apollo missions by looking at recent revelations like Project Horizon, "Apollo 20," and rumors that the landings themselves were faked.