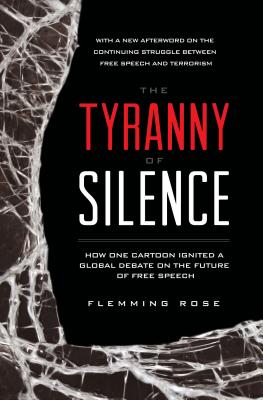 When the Danish newspaper Jyllands-Posten published the cartoons of the prophet Mohammed nine years ago, Denmark found itself at the center of a global battle about the freedom of speech. The paper's culture editor, Flemming Rose, defended the decision to print the 12 drawings, and he quickly came to play a central part in the debate about the limitations to freedom of speech in the 21st century. Since then, Rose has visited universities and think tanks and participated in conferences and debates around the globe in order to discuss tolerance and freedom. In The Tyranny of Silence, Flemming Rose writes about the people and experiences that have influenced the way he views the world and his understanding of the crisis, including meetings with dissidents from the former Soviet Union and ex-Muslims living in Europe. Now in paperback and with an afterword that addresses the 2015 attack on the French satire magazine Charlie Hebdo, Rose provides a personal account of an event that has shaped the debate about what it means to be a citizen in a democracy and how to coexist in a world that is increasingly multicultural, multi-religious, and multi-ethnic.

Flemming Rose M.A., is a journalist and Foreign Editor at Danish newspaper Jyllands-Posten. After 14 years of working as a foreign correspondent in Russia and the USA, he returned home to Denmark in 2004.