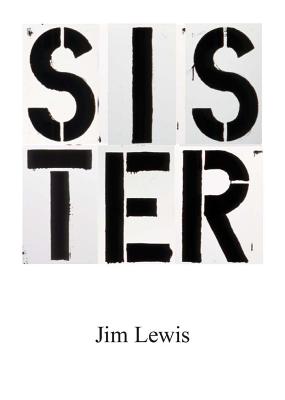 First published in 1993, Sister is a story of love and violence bearing justice. In author and critic Jim Lewis' first novel, an orphaned, 17-year-old Wilson leaves his Nebraska home and heads south to Mississippi. There, he finds work as a gardener on the estate of the Miller clan--a nuclear family with two lovely daughters, Marian and Olivia, living in compliant happiness. Wilson's surreptitious presence soon casts a quiet path of destruction through the Miller home with very tangible results for the sisters. Twenty years after its original publication, Lewis' lyrical, atmospheric novel remains exacting in its appraisal of young love linked to loss and unnerving in its examination of the isolated American family.

Jim Lewis (born 1963) is an American novelist. He has published three novels: Sister (published by Graywolf in 1993), Why the Tree Loves the Ax (published by Crown in 1998) and The King Is Dead (published by Knopf in 2003). In addition to his novels, he has written extensively on the visual arts--in Artforum, Parkett and Harper's Bazaar, among others--and has contributed to numerous monographs, on artists such as Richard Prince, Jeff Koons, Christopher Wool and Larry Clark.