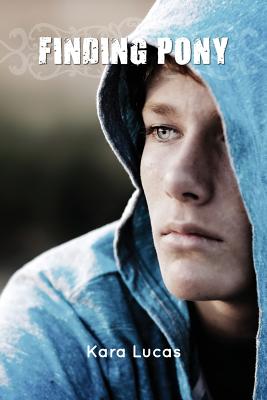 Kids in Bravo Hills trailer park usually have to grow up fast, and fifteen-year-old Jesse Sampson is no exception. With a meth addict for a mom and a drug dealer for a stepdad, Jesse spends most nights taking care of his sister, Pony. But when the cops arrest his mom for a mini-mart robbery gone wrong, Jesse hides his sister under a pile of dirty clothes and escapes through a window. In the morning, he finds his mom and stepdad have been arrested, and Pony is gone. And due to a botched drug deal, she may also be in danger. Scared, homeless, and desperate to find her, Jesse sets off on a trek that sends him from dusty rural back roads to the drug-infested streets of Los Angeles. He must dodge drug dealers, gangs, cops, and social workers as he searches to find Pony and ultimately, himself. A gritty story told from the point of view of those most affected by other's actions. Those with the most to lose. Disillusioned by the institutions designed to help, Jesse is forced to become an adult, and does his best to protect his sister and their way of family. Sometimes without much success. Jesse is villain. Jesse is a hero. Jesse is a survivor. Chance encounters teach him not everyone is who they appear, there are reasons . . . and there are consequences for everything.