Never Say No to a Killer (Black Gat Books #13) (Paperback) 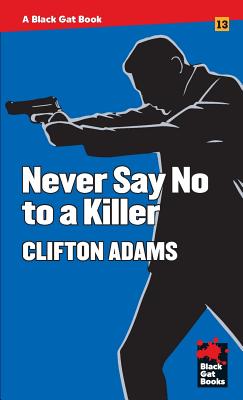 NEVER SAY NO TO A KILLER

When Roy Surratt busts out of jail, he only has two things going for him--faith that his former cellmate, John Venci, will keep his promise to help him stay clear of the cops, and the supreme confidence in his own intelligence. After all, Roy knows he's got what it takes to succeed. And no one had better get in his way.

So it comes as some surprise that the person who meets him after his breakout isn't Venci, but Venci's wife, Dorris. He didn't figure on having to deal with a woman. But he soon finds out that Venci is dead, that Dorris is sitting on a sweet blackmail scheme, and that he can have this town in his back pocket if he can just stay cool enough to take Venci's place. But Roy doesn't figure on Pat Kelso, girlfriend of his first mark. He has no idea how quickly the best laid plans can unravel.