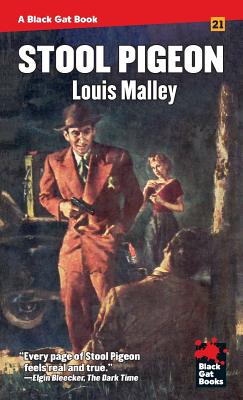 It's Christmas Eve in Little Italy, and Vince Milazzo is called in to investigate the murder of Tony Statella, shot in the head outside of Rocky Tosco's restaurant. Milazzo has got a personal grudge against Tosco that goes back to their childhood. He knows that somehow Rocky is involved, and is determined this time to bring him down.

Even though the murderer turns out to be a kid who was avenging the honor of his sister, Milazzo keeps pushing the Chief for more time. He knows that Rocky is guilty of something, if only he can find someone to rat on him. But every stool pigeon Milazzo talks to tells him the same thing--they don't know from nothing. Now Milazzo has until midnight to find the connection ... or this case might very well be his last.