The Wounded Ones (Paperback) 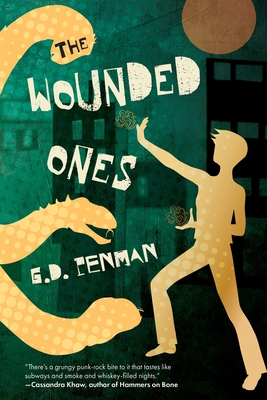 BOOK 2 IN THE WITCH OF EMPIRE SERIESDemons and serial killers are Iona "Sully" Sullivan's bread and butter, but nothing could have prepared her to face off against the full weight of the British Empire at the height of its power. With the War for American Independence in full swing, she finds even her prodigious talents pushed beyond their limits when citizens of the American Colonies begin vanishing amidst rumors of crop circles, hydra sightings and worse. Through a wild and lethal adventure that will see her clashing with the Empire around the world and beyond, the only constants in Sully's life are an undead girlfriend, a giant demon crow that has taken a shine to her, regular assassination attempts by enemies on all sides, and the cold certainty that nothing and nobody is going to make it out of the war in one piece.