The Death of Bernadette Lefthand (Paperback) 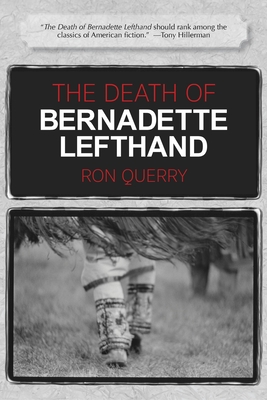 Twenty-fifth anniversary edition of Ron Querry's haunting first novel about the mysterious death of a young Indian dancer is a stunning portrayl of the spirit and struggles of the Southwest's native peoples.

Ron Querry's debut novel, originally published in 1993 by Red Crane, is a foundational novel in contemporary Native American writing. Querry uses the alternating viewpoints of Gracie, Bernadette's younger sister, and Starr Stubbs, the wealthy New Yorker who lives just outside of Dulce, New Mexico-to detail the tragic end of Bernadette's life. The conflicting accounts create a compelling novel about heritage, family, and the dark magic of the twisted soul.

This twenty-fifth anniversary edition of Ron Querry's debut novel features a new afterword in which the author offers insight into the writing of this American classic.

Ron Querry is an internationally-acclaimed, American author and member of the Choctaw Nation of Oklahoma. Querry served in the Marine Corps during the 1960s and, after his term of service, studied English at the University of Oklahoma. He later received a PhD in American Studies at the University of New Mexico. Querry lives in northern New Mexico, in a century-old Queen Anne/Victorian house with his wife--fine art photographer Elaine Querry--and their cow dogs--BeauDog and Shorty.