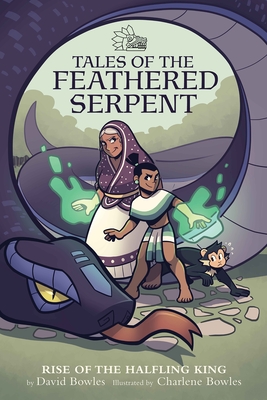 In the first of a graphic novel series based on ancient Mesoamerican sagas, a magical boy from Maya legend takes on a giant snake, a power-hungry king, and three impossible tests.

Sayam has always been different from other kids--he's very short for his age, his best friend is a monkey, and most curious of all: he was born from an egg His grandmother, a witch, found him and taught him all the ancient magic she uses to help her people. So when a giant snake starts terrorizing a nearby city, Sayam decides it's time for him to use his knowledge to help others, and steps into action.

But the beast might not be Sayam's biggest problem: the ruthless King Kinich Kak Ek sees Sayam as a threat to his throne. Prophecy declares that whoever succeeds at three impossible tests will be king. Monstrous snakes and impossible tests are a lot for a boy to handle, but Sayam is brave and has a loyal monkey, a wise grandmother, and magical knowledge on his side Can Sayam outsmart the king and bring peace to the land?