You've Got Red on You: How Shaun of the Dead Was Brought to Life (Paperback) 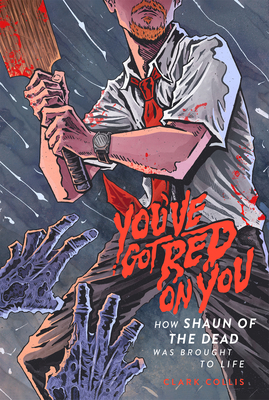 How did a low-budget British movie about Londoners battling zombies in a pub become a beloved global pop culture phenomenon?

You've Got Red on You details the previously untold story of 2004's Shaun of the Dead, the hilarious, terrifying horror-comedy whose fan base continues to grow and grow. After speaking with dozens of people involved in the creation of the film, author Clark Collis reveals how a group of friends overcame seemingly insurmountable odds to make a movie that would take bites out of both the UK and the US box office before ascending to the status of bona fide comedy classic.

As Pegg's zombie-fighting hero Shaun would say, "How's that for a slice of fried gold?"

CLARK COLLIS grew up in Edgar Wright's home town of Wells and, like the director, is a former employee of Wookey Hole Caves. He studied history at Cambridge University, and is currently a senior writer at Entertainment Weekly magazine in New York.