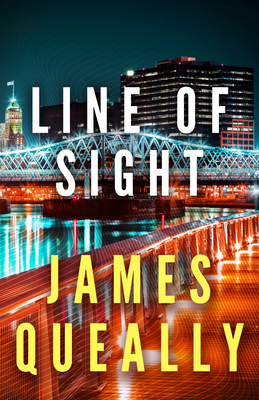 AN AMAZING FIRST NOVEL. --MICHAEL CONNELLY The debut novel from award-winning crime reporter James Queally All favors come with a cost, and after using what little favors he has in the Newark PD to get his private investigators license, former crime reporter Russell Avery finds himself paying. He spends his days reluctantly keeping sideways cops out of the crosshairs of the Internal Affairs department. Until Keyonna Jackson, a social justice activist, presents him with a troubling video: a made-for-Youtube cell phone snippet chronicling the same kind of questionable use-of-force that had set New York City, Ferguson, and Cleveland on fire in recent years. The same use-of-force that he's been covering up for Newark PD. Now, the young black man who filmed this video is dead and the more questions Russell asks, the less his cop buddies like him. For the first time in his life, Russell finds himself on the wrong side of the guys with the badges and guns. When details of the shooting become public--and a city with race riots in its DNA flirts with the idea of letting history repeat itself--Russell finds himself allying with street activists and gang members as he races to put together the biggest story of his life... before the city he needs to tell it to burns down around him.

James Queally is an award-winning crime reporter for the Los Angeles Times. Throughout his career, Queally has covered hundreds of homicides, as well as national use-of-force controversies and the Black Lives Matter Movement. His short stories have appeared in Thuglit, Crime Syndicate Magazine, Shotgun Honey and more. LINE OF SIGHT is his debut novel.