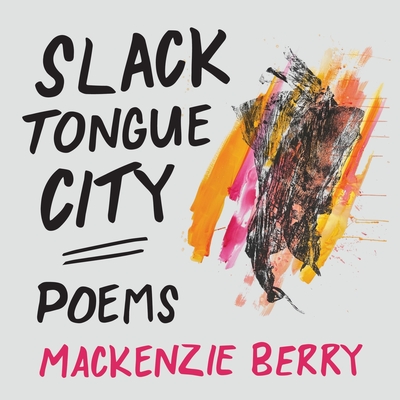 Mackenzie Berry's Slack Tongue City is an ode to Berry's hometown-Louisville, Kentucky. This debut poetry collection acts as a love letter, paying homage while also tracing the joys and dangers of nostalgia for place. Glasses of bourbon in summer, jug bands, disco balls, and homemade pools quenched from the mouth of a garden hose populate the poems with memories and longing. Slack Tongue City says Louisville is the South because it says it is while simultaneously inviting you to join for supper and see what the syrupy, Kentucky heat is all about. Forget what you think you know about this city-or if you know little, then here is the place to see it through the eyes of someone who loves it dearly. These poems will show you what hides behind the rolling hills. Beyond one city or one region, Slack Tongue City also draws the reader through poems that include the rituals of girlhood via a speaker who, even though they may leave, will never fully be removed from their hometown.