Why, as a Muslim, I Defend Liberty (Paperback) 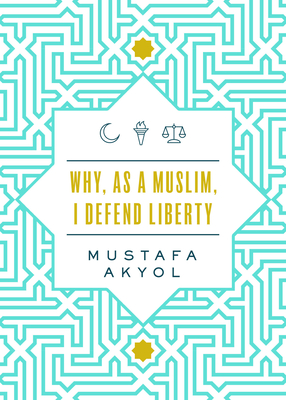 The recent news from Afghanistan, where the Taliban seized power once again to rule in the name of God, brings to mind a broader trouble: Islam, the second-largest religion in the world, has some harsh interpretations that defy human freedom--by imposing religious practices, discriminating against women or minorities, or executing "apostates" or "blasphemers. In Why, as a Muslim, I Defend Liberty, Cato Institute senior fellow Mustafa Akyol offers a bold critique of this trouble by frankly acknowledging its roots in the religious tradition, while also presenting counterarguments. Akyol argues that liberty is compatible with Islam if it is understood as a voluntary faith and not a coercive system, as many Muslims already see it. However, other Muslims understand Islam, indeed, as a coercive system that sees no difference between what is religiously right and legally enforceable. Moreover, these coercive Muslims' beliefs are not groundless: they rely on traditional interpretations of the Sharia (Islamic law). Yet the two fundamental sources of the Sharia--the Quran and the Prophetic example--also include seeds of freedom, Akyol argues. He explores little-noticed grounds for human rights, toleration and rule of law in the Quran, the life of the Prophet Muhammad, and the complex history of the Islamic civilization. It is past time, he argues, to grow those seeds into maturity and to reinterpret Islamic law and politics under the Quranic maxim, "No compulsion in religion."In short chapters, Akyol digs into big questions: Why do Muslims need to reform the Sharia? Is there something to revive in the Sharia? Should Muslims really glorify conquest and supremacy, or instead, believe in the social contract? Is capitalism really alien to Islam, which has a rich heritage of free markets and civil society? Finally, he addresses a suspicion common among Muslims today: What if liberty is a mere cover used by Western powers to advance their imperialist schemes?With personal stories, historical anecdotes, and theological insights, this is the little big book on the intersection of Islam and liberty.

Mustafa Akyol is a senior fellow at the Cato Institute's Center for Global Liberty and Prosperity and a contributing opinion writer for the New York Times. A Turkish journalist and author, his work focuses on the intersection of public policy, Islam, and modernity, and he has worked for more than a decade as an opinion columnist for Hurriyet Daily News, and the Middle‐​East focused Al​-Mon​i​tor​.com. Akyol is the author of The Islamic Jesus: How the King of the Jews Became a Prophet of the Muslims (2017, St. Martin's Press), Islam without Extremes: A Muslim Case for Liberty (2013, W. W. Norton & Company), and Reopening Muslim Minds: A Return to Reason, Freedom, and Tolerance (April 2021, St. Martin's Essentials).