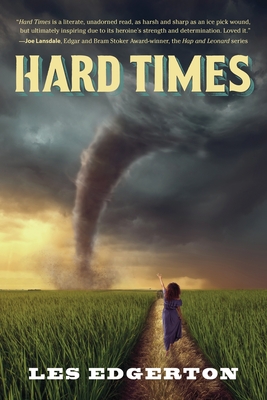 In 1930s East Texas, fourteen-year-old Amelia Laxault's father insists she marry Arnold Critchin, a local boy who assaulted her on their first date. When Arnold's alcohol-fueled brutality devastates their family, his ineptitude with crops destroys their farm, and his poorly run moonshine business lands him in prison, Amelia struggles to feed her four children as the Depression worsens and a secret from her past looms large.

Three hundred miles away, Lucious Tremaine tangles with a white police officer. Fleeing to Houston, a second altercation leaves him with a gunshot wound. Desperate and weak, he makes his way into the backwoods.

As Lucious encounters increasing obstacles and Amelia's challenges escalate with Arnold's return from prison-and a visit from her first love, who is now the local sheriff- an explosion looms. Will Lucious make it to Houston? Can Amelia save her children from both starvation and Arnold's increasing, vengeful violence? As the odds stack up and the food runs out, Amelia must summon all her courage, strength, and ingenuity to attempt to save her family.