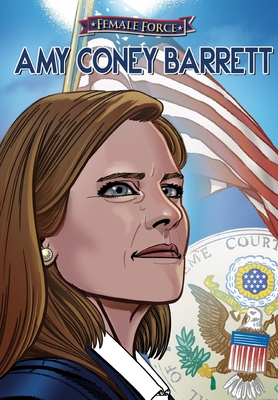 Wife. Mother. Professor. Clerk. Judge. Few people are as accomplished as Amy Coney Barrett. A law professor and protege of Antonin Scalia, Amy Coney Barrett's controversial nomination to replace Ruth Bader Ginsberg on the Supreme Court put religion's effect on public policy in the spotlight. The glare of the spotlight revealed Judge Barrett to be a principled woman of deep faith who is sworn to uphold the Constitution. As only the fifth woman to be confirmed on the Court, what role will she play?

The "Female Force" imprint features prominent and influential authors, business executives, entertainers, journalists, politicians, and activists. The biographical comic series has drawn a firestorm of media attention, including features on "The Today Show" CNN, MSNBC and FOX News, and in Time and People magazines.