To Strip the Flesh (Paperback) 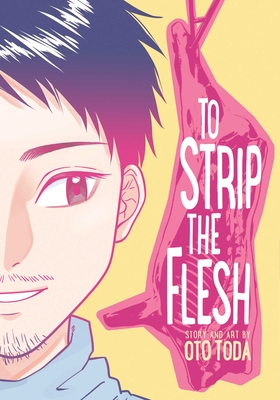 A moving collection of six short stories that explores what must be stripped away to find the truth and celebrates the beauty of embracing who you are.

Chiaki Ogawa has never doubted that he is a boy, although the rest of the world has not been as kind. Bound by his mother’s dying wish, Chiaki tries to be a good daughter to his ailing father.

Chiaki Ogawa has never doubted who he is, although the rest of the world hasn’t been as kind. Bound by his mother’s dying wish, Chiaki tries to be a good daughter to his ailing father. But when the burden becomes too great, Chiaki sets out to remake himself in his own image and discovers more than just personal freedom in his transition—he finds understanding from the people who matter most.

Oto Toda debuted with the one-shot “David in Love,” which won the highest award at the ITAN 14th Super Character Comic Awards. Subsequently, Toda was the artist for Chihayafuru Junior High School Edition, which was serialized by Kodansha in BE LOVE, and worked as an assistant for Tatsuki Fujimoto on Fire Punch.