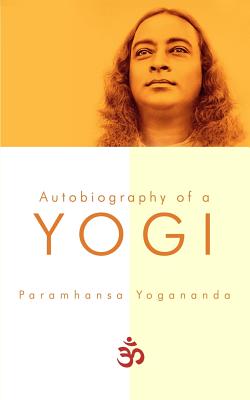 A Treasure of stories, unexpected humor, and practical and scientific explanations of the great yoga wisdom of the East.

Throughout the decades, one book that continues to appear on best-seller lists is Autobiography of a Yogi by Self-Realized Master Paramahansa Yogananda. This timeless book remains a seminal work in the field of Eastern spirituality - the definitive introduction to the science and philosophy of yoga meditation that draws more readers with each passing year.

Paramahansa Yogananda thrilled and inspired readers from the throughout the world with the 1946 publication of this landmark memoir, Autobiography of a Yogi. Millions of people have deepened their spiritual pursuits and learned about the branches of yoga, inspired by Yogananda's life and example as detailed in this work. George Harrison, Steve Jobs, Ravi Shanka and even Elvis Presley have all cited Autobiography of a Yogi as a life-changing read.

Autobiography of a Yogi remains the greatest selling spiritual autobiography of all time (nearly 4.5 million copies had been sold as of Spring 2011, according to author Philip Goldberg in his book, American Veda).

This definitive edition of Autobiography of a Yogi includes extensive material added by the author after the first edition was published, including a final chapter penned in the closing years of his life. Also included are numerous photographs and a complete subject index.

This newly-available edition of Autobiography of a Yogi brings Yogananda's work, words, writings and vision deeply into the 21st century, for the benefit of millions of readers and followers worldwide.