When this Mask of Flesh is Broken: The Story of an American Protestant Family (Paperback) 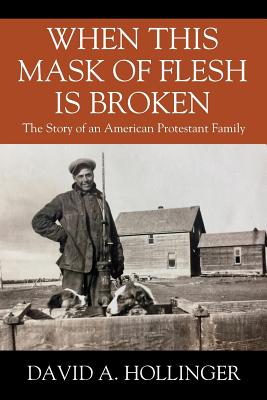 In 1921 a Pennsylvania preacher hauled his four teen-agers from a prosperous Pennsylvania farm to a bleak and arid spot on the Saskatchewan prairie. The young people had to cope with unexpected economic devastation, October blizzards, the mental illness of their mother, and the inability of their aloof and inept father to attend to anything other than leading a tiny fellowship of Pietist-Anabaptists. This book tells the story of the foursome's enduring mutual support as each struggled to survive emotionally and materially, and tried to retain fragments of the culture they had absorbed in Gettysburg. One of the four, the father of this book's author, decided at the age of thirty to begin an education so he could become a minister. His siblings supported his journey though adult high school, college, and seminary, but Albert Hollinger, Jr., found the urban society of the early 1950s alien. Unable to function in it as a minister, he became a house-painter. Always haunted by his failure to achieve voice, he took comfort from a poem prophesying confident speech in afterlife, "When this mask of flesh is broken." He and his siblings were all determined to be childless for fear of mental illness, but there was one by accident. This book's author eventually learned that he was the result of an unintended pregnancy. All four came together again in their last decades, living near one another in the church-intensive town in Southern California where the author's father had attended college in the 1930s.