A Year with Hafiz (Paperback) 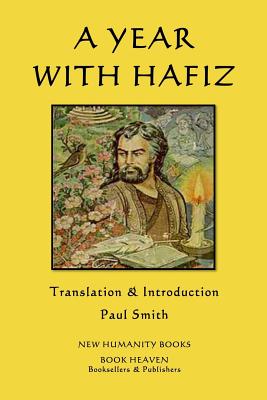 A YEAR WITH HAFIZ Translation & Introduction Paul Smith Persia's greatest exponent of the ghazal Hafiz (1320-1392) became a Perfect Master (Qutub), was twice exiled from his beloved Shiraz for his criticism of rulers and false Sufi masters and hypocritical clergy. His Divan shows he composed in nearly all forms. As with his ghazals, his masnavis, qasidas, qita's, ruba'is and other poems are sometimes mystical and sometimes dealing with the complications of human love. His Divan is one of the greatest and most loved Oracles of all time. Selected Bibliography. Glossary. The correct rhyme-structure has been kept as well as the beauty and meaning of these immortal 366 poems, one for each day of every year 377 pages.Goethe: "In his poetry Hafiz inscribed undeniable truth indelibly He has no peer "Gertrude Bell: "It is as if his mental Eye, endowed with wonderful acuteness of vision, had penetrated into those provinces of thought which we of a later age were destined to inhabit."Meher Baba: "There is no equal to Hafiz in poetry. He was a Perfect Master ... His Divan is the best book in the world because it engenders feelings which ultimately lead to illumination."Emerson: "Hafiz defies you to show him or put him in a condition inopportune or ignoble... He fears nothing. He sees too far; he sees throughout; such is the only man I wish to see or be."COMMENTS ON PAUL SMITH'S TRANSLATION OF HAFIZ'S 'DIVAN'."It is not a joke... the English version of ALL the ghazals of Hafiz is a great feat and of paramount importance. " Dr. Mir Mohammad Taghavi (Dr. of Literature) Tehran."Superb translations. 99% Hafiz 1% Paul Smith." Ali Akbar Shapurzman, translator of English to Persian and knower of Hafiz's Divan off by heart. "Smith has probably put together the greatest collection of literary facts and history concerning Hafiz." Daniel Ladinsky (Penguin Books author). Paul Smith (b. 1945) is a poet, author and translator of many books of Sufi poets of Persian, Arabic, Urdu, Turkish and other languages including Hafiz, Sadi, Nizami, Rumi, 'Attar, Sana'i, Jahan Khatun, Obeyd Zakani, Mu'in, Amir Khusrau, Nesimi, Kabir, Anvari, Ansari, Jami, Khayyam, Hallaj, Rudaki, Yunus Emre and many others, as well as his own poetry, fiction, plays, biographies, kids books and a dozen screenplays Published by New Humanity Books amazon.com/author/smithpa.