MBS: The Rise to Power of Mohammed bin Salman (Hardcover) 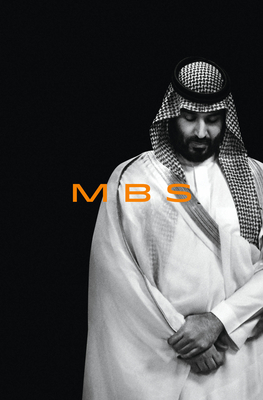 “Revelatory . . . a vivid portrait of how MBS has altered the kingdom during his half-decade of rule.”—The Washington Post

Finalist for the PEN/Jacqueline Bograd Weld Award • ONE OF THE BEST BOOKS OF THE YEAR: Financial Times, Foreign Affairs, Kirkus Reviews

MBS is the untold story of how a mysterious young prince emerged from Saudi Arabia’s sprawling royal family to overhaul the economy and society of the richest country in the Middle East—and gather as much power as possible into his own hands. Since his father, King Salman, ascended to the throne in 2015, Mohammed bin Salman has leveraged his influence to restructure the kingdom’s economy, loosen its strict Islamic social codes, and confront its enemies around the region, especially Iran. That vision won him fans at home and on Wall Street, in Silicon Valley, in Hollywood, and at the White House, where President Trump embraced the prince as a key player in his own vision for the Middle East. But over time, the sheen of the visionary young reformer has become tarnished, leaving many struggling to determine whether MBS is in fact a rising dictator whose inexperience and rash decisions are destabilizing the world’s most volatile region.

Based on years of reporting and hundreds of interviews, MBS reveals the machinations behind the kingdom’s catastrophic military intervention in Yemen, the bizarre detention of princes and businessmen in the Riyadh Ritz-Carlton, and the shifting Saudi relationships with Israel and the United States. And finally, it sheds new light on the greatest scandal of the young autocrat’s rise: the brutal killing of journalist Jamal Khashoggi by Saudi agents in Istanbul, a crime that shook Saudi Arabia’s relationship with Washington and left the world wondering whether MBS could get away with murder.

MBS is a riveting, eye-opening account of how the young prince has wielded vast powers to reshape his kingdom and the world around him.

“Saudi Arabia is testing the extremes of tradition and innovation, of half-baked visions and intensifying repression. Ben Hubbard’s authoritative reporting on the inner sanctums of its society offers a perfect synthesis of journalism and area expertise: the best description we have at the moment of why things happen as they do in the kingdom.”—Robert D. Kaplan, author of The Return of Marco Polo’s World

Ben Hubbard has spent more than a dozen years reporting in the Middle East, where he is the Beirut bureau chief for The New York Times.

“Brilliant  . . . clear and convincing  . . . a detailed and disturbing portrait of Saudi Arabia’s crown prince . . . The book’s strength is the thoroughness of its reporting.”—Christopher Dickey, The New York Times Book Review

“A devastating profile of the Saudi prince who rose rapidly to become one of the Middle East’s most powerful players—and one of the world’s most ruthless leaders . . . Ben Hubbard has provided a chilling and occasionally horrifying portrait of a man known worldwide simply by his initials: MBS. It’s a captivating read.”—Robin Wright, author of Rock the Casbah

“An elegant writer, the multilingual veteran Middle East correspondent Ben Hubbard is exactly the right person to draw this portrait of the most important leader in that part of the world today. His fast-paced narrative never flags or avoids dark corners. I found it riveting.”—Adam Hochschild, author of King Leopold’s Ghost

“Can we trust this mysterious prince with our oil supplies, with our friendship—with the prospects of peace in the Middle East?  If anyone can give us the answers to these life-and-death questions, it is the brilliant and compulsively readable Ben Hubbard.”—Robert Lacey, author of The Kingdom and Inside the Kingdom

“Is Mohammed bin Salman, the crown prince and de facto ruler of Saudi Arabia, a modernizer or a murderer? Through dogged research and a remarkable ability to navigate the labyrinth that is Saudi society, Hubbard makes clear the answer is ‘both.’ MBS is a devastating portrait of the young and increasingly despotic prince whom President Trump calls ‘a very great friend.’ . . . Essential reading.”—Scott Anderson, author of Lawrence in Arabia

“In this engaging account, Ben Hubbard shows both sides of the story, bringing his narrative alive with a host of insights, conversations, anecdotes and details.”—Malise Ruthven, Financial Times

“Excellent . . . gripping . . . compelling . . . an accessible biography that does not stray into sensationalism but helps make sense of all the recent headlines around the impulsive—and, one could argue, dangerous—young prince.”—Kim Ghattas, New Statesman

“Here’s a biography of MBS by a brilliant journalist whom he hasn’t managed to muzzle.”—Nicholas Kristof

“An excellent account of the life and the background of the most consequential new figure in the Middle East in our time. . . . It’s a frightening picture.”—Bruce Riedel, Lawfare