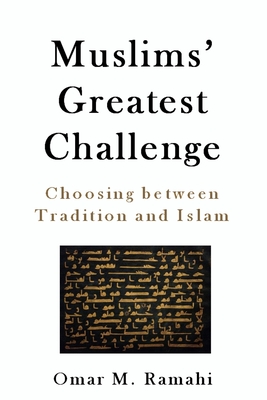 This book is an attempt to explore why Muslims are in conflict with themselves, and why Muslims have been living in an isolation and intellectual vacuum. This book is an attempt to find out why Islam, as embodied in the Mushaf, calls for a sharply different set of norms than those adopted by the majority of Muslims. To search for answers, the book uses, as much as possible, two sources: the first is critical reasoning, and the second is the Mushaf. In sharp contrast to the vast majority of books on Islam, this one does not base the validity of it's argument on the stature of past or present Muslim personalities and scholars irrespective of their high status and reverence amongst the majority of Muslims.

The book takes a methodical approach to analyzing the techniques that evolved throughout the ages to marginalize the Muslims' mind and to project reason as the archenemy of Islam. It analyses alleged prophetic narratives (Hadith) and interpretations of the Mushaf by prominent jurists to confirm that rationalism and reason were both, and largely, disconnected from Muslims' intellectual discourse, at least in the overwhelmingly dominant religious material that has reached us.

This book analyses fundamental contradictions in the way the vast majority of Muslims perceive Islam, and how the conceived and practiced Muslim or "Islamic" doctrines lack a foundation in the Mushaf. The book goes behind the scene, so to speak, to analyze reasons behind such a perceived disconnect. The book provides a context to the severe intellectual underdevelopment amongst most Muslims vis- -vis their understanding of their religion. It looks at canonized practices and doctrines that emerged throughout the ages through dubious scholarship to maintain a docile, hopeless, aimless, and subservient Muslim umma. It brings to the forefront stark contradictions between the canonized Muslim doctrines and the Mushaf that many Muslims choose to ignore.

The book challenges the use of Hadith as a source of Islamic legislation. It takes an unconventional perspective of the Mushaf's exegesis and reaches conclusions that are based on reason and the Mushaf's direct text, yet are contradictory to conventional Muslim doctrines.

The book explores the culture of violence championed by the historically triumphant Muslim scholars, jurisprudents and clergy, whose "scholarship" triumphed, and morphed that of other scholars who put the Mushaf first and everything else as secondary. It questions whether such culture inspired past and contemporary violent movements. The book revisits fundamental doctrines and canonized laws and looks carefully at their evolution and their connection to the Mushaf. Two chapters in the book address the two most important sources of Islamic Law: Hadith and the Mushaf. The analyses in these two chapters lead to unconventional conclusions, thus establishing a new perspective that stems purely from the Mushaf and critical reasoning. The conclusions in these two chapters put Hadith in a perspective and context that is completely non-convergent with prevailing Muslim doctrines. The conclusions have direct implications on what is typically perceived as Islamic law and the controversial doctrine of Sharia.