The Seagull: a play by Russian dramatist Anton Chekhov, written in 1895 and first produced in 1896. The Seagull is generally consid (Paperback) 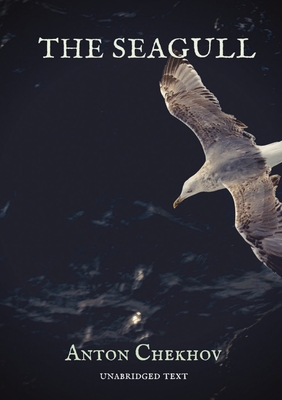 The Seagull by Anton ChekhovThe Seagull is a play by Russian dramatist Anton Chekhov, written in 1895 and first produced in 1896. The Seagull is generally considered to be the first of his four major plays. It dramatises the romantic and artistic conflicts between four characters: the famous middlebrow story writer Boris Trigorin, the ingenue Nina, the fading actress Irina Arkadina, and her son the symbolist playwright Konstantin Treplyov.Though the character of Trigorin is considered Chekhov's greatest male role, like Chekhov's other full-length plays, The Seagull relies upon an ensemble cast of diverse, fully developed characters. In contrast to the melodrama of mainstream 19th-century theatre, lurid actions (such as Konstantin's suicide attempts) are not shown onstage. Characters tend to speak in ways that skirt around issues rather than addressing them directly in other words, their lines are full of what is known in dramatic practice as subtext.The opening night of the first production was a famous failure. Vera Komissarzhevskaya, playing Nina, was so intimidated by the hostility of the audience that she lost her voice.Chekhov left the audience and spent the last two acts behind the scenes. When supporters wrote to him that the production later became a success, he assumed that they were merely trying to be kind. When Konstantin Stanislavski, the seminal Russian theatre practitioner of the time, directed it in 1898 for his Moscow Art Theatre, the play was a triumph. Stanislavski's production of The Seagull became "one of the greatest events in the history of Russian theatre and one of the greatest new developments in the history of world drama".Stanislavski is also the director that caused The Seagull to be perceived as a tragedy by becoming overzealous with the concept of subtext, whereas Chekhov intended for it to be a comedy.After purchasing the Melikhovo farm in 1892, Chekhov had built in the middle of a cherry orchard a lodge consisting of three rooms, one containing a bed and another a writing table. In spring, when the cherries were in blossom, it was pleasant to live in this lodge, but in winter it was so buried in the snow that pathways had to be cut to it through drifts as high as a man. Chekhov eventually moved in and in a letter written in October 1895 wrote: I am writing a play which I shall probably not finish before the end of November. I am writing it not without pleasure, though I swear fearfully at the conventions of the stage. It's a comedy, there are three women's parts, six men's, four acts, landscapes (view over a lake) a great deal of conversation about literature, little action, tons of love.