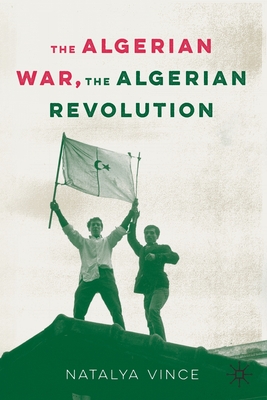 "This book is an incredibly clear presentation of why the Algerian War mattered, what happened, the key contexts which produced this conflict and those that shaped it, as well as offering a brilliant entry point to teach or demonstrate how historiography works, how historians do history."- Todd Shepard, Arthur O. Lovejoy Professor of History, John Hopkins University, USA
"This is a fantastic book which fills an important gap in the historical scholarship. Natalya Vince has managed the seemingly impossible task of presenting a nuanced history of the Algerian War / Algerian Revolution in clear, concise terms."
- Sarah Frank, Associate Lecturer of History, St Andrews University, UK
"This brilliant and beautifully written book achieves the seemingly impossible task of offering a lucid and nuanced guide to the massive body of historical writing on the Algerian war. The book will immediately become essential and indispensable reading not only for students at all levels but also for teachers and historians."- Julian Jackson, Professor of Modern French History, Queen Mary University of London, UK
This book provides a new analysis of the contested history of one of the most violent wars of decolonisation of the twentieth century - the Algerian War/ the Algerian Revolution between 1954 and 1962. It brings together an engaging account of its origins, course and legacies with an incisive examination of how interpretations of the conflict have shifted and why it continues to provoke intense debate. Locating the war in a century-long timeframe stretching from 1914 to the present, it multiplies the perspectives from which events can be seen. The pronouncements of politicians are explored alongside the testimony of rural women who provided logistical support for guerrillas in the National Liberation Front. The broader context of decolonisation and the Cold War is considered alongside the experiences of colonised men serving in the French army. Unpacking the historiography of the end of a colonial empire, the rise of anti-colonial nationalism and their post-colonial aftermaths, it provides an accessible insight into how history is written.

Natalya Vince is Reader in North African and French Studies at the University of Portsmouth, UK. She is the author of Our Fighting Sisters, Nation, Memory and Gender in Algeria, 1954-2012 (2015), which was the winner of the 2016 Women's History Network Book Prize.