Space Physics: An Introduction to Plasmas and Particles in the Heliosphere and Magnetospheres (Advanced Texts in Physics) (Hardcover) 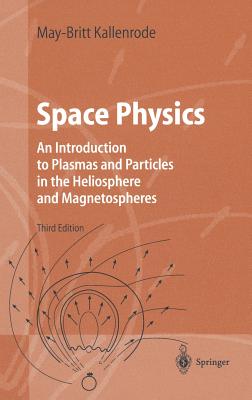 Observations and physical concepts are interwoven to give basic explanations of phenomena and also show the limitations in these explanations and identify some fundamental questions.

Compared to conventional plasma physics textbooks this book focuses on the concepts relevant in the large-scale space plasmas. It combines basic concepts with current research and new observations in interplanetary space and in the magnetospheres.

Graduate students and young researchers starting to work in this special field of science, will find the numerous references to review articles as well as important original papers helpful to orientate themselves in the literature.

This second edition has been updated and extended. Improvements include: the use of SI units; addition of recent results from SOHO and Ulysses; improved treatment of the magnetosphere as a dynamic phenomenon; text restructured to provide a closer coupling between basic physical concepts and observed complex phenomena.