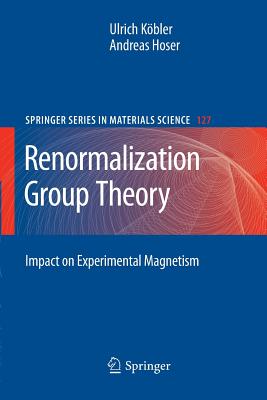 Spin wave theory of magnetism and BCS theory of superconductivity are typical theories of the time before renormalization group (RG) theory. The two theories consider atomistic interactions only and ignore the energy degrees of freedom of the continuous (infinite) solid. Since the pioneering work of Kenneth G. Wilson (Nobel Prize of physics in 1982) we know that the continuous solid is characterized by a particular symmetry: invariance with respect to transformations of the length scale. Associated with this symmetry are particular field particles with characteristic excitation spectra. In diamagnetic solids these are the well known Debye bosons. This book reviews experimental work on solid state physics of the last five decades and shows in a phenomenological way that the dynamics of ordered magnets and conventional superconductors is controlled by the field particles of the infinite solid and not by magnons and Cooper pairs, respectively. In the case of ordered magnets the relevant field particles are called GSW bosons after Goldstone, Salam and Weinberg and in the case of superconductors the relevant field particles are called SC bosons. One can imagine these bosons as magnetic density waves or charge density waves, respectively. Crossover from atomistic exchange interactions to the excitations of the infinite solid occurs because the GSW bosons have generally lower excitation energies than the atomistic magnons. According to the principle of relevance the dynamics is governed by the excitations with the lowest energy. The non relevant atomistic interactions with higher energy are practically unimportant for the dynamics.